I just returned from the beautiful North Carolina Mountains near Asheville the place we stayed in a town called  Brevard  North Carolina at the Holiday Inn Express.Something about hiking you must always tell someone where your going becaues the mountain trails there limited cell service.Also exercise care when walking around creeks and falls as not slip about ten years ago a man climbed the top of Moore Cove falls and fell to his death.Where I hiked some trails and took images of the waterfalls there.I was thankful to have my nephew to carry my backpack with my photography equipment in the bag trail was very long.The place we found was Virginia Hawkins falls which is in South Carolina just over the border on route 178 south of  a town called Rosman North Carolina.Another waterfalls we went to is called Living waters is on private land but they allow the public access to it.Another place I love to visit is called Courthouse Falls and I could not go because the road is closed due to flooding and is under construction to fix it says the forest service at the Pisgah Ranger station.One place that’s really fun in this area is called Sliding Rock falls where you can get a inner tube and slide down the falls it looks like a really fun time for young and old.Another Falls in the area which is very is to see is called Looking Glass Falls its just a short walk right off the road there in the Pisgah National Forest.I must say that I have just barely seen a small amount of the falls in the North Carolina Mountains.One other falls is called Crabtree Falls which is off the Blue Ridge Parkway but I learned that on the Blue Ridge Parkway it can become very foggy really quick. 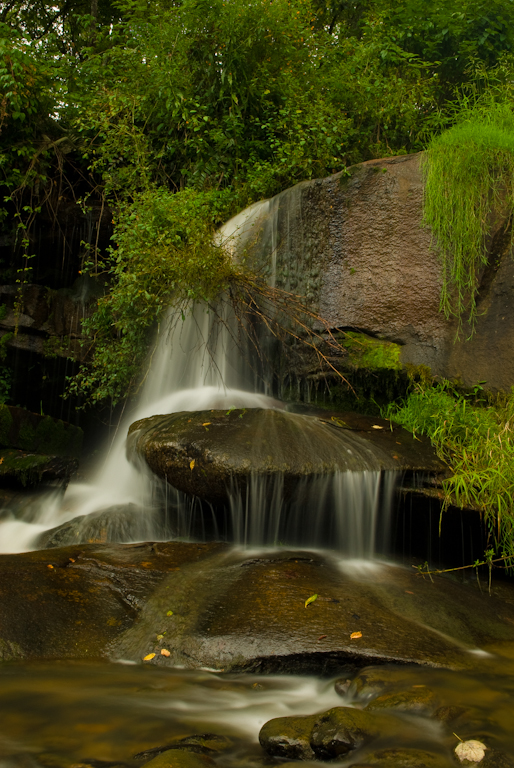 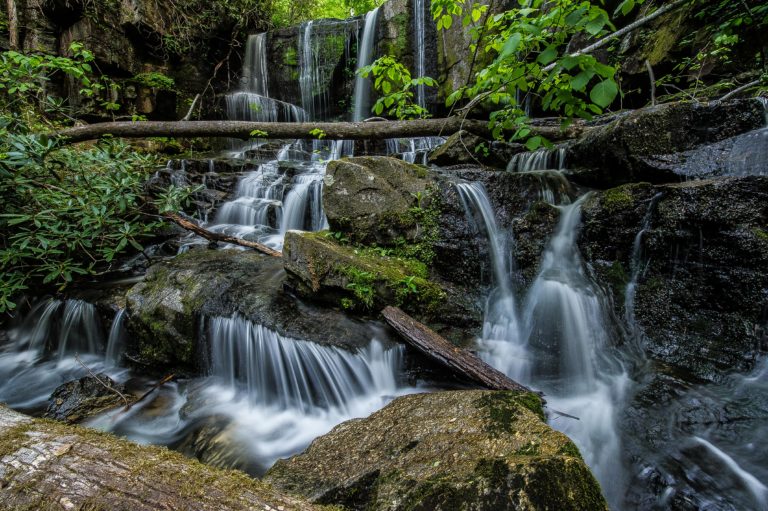 This is Virginia Hawkins Falls 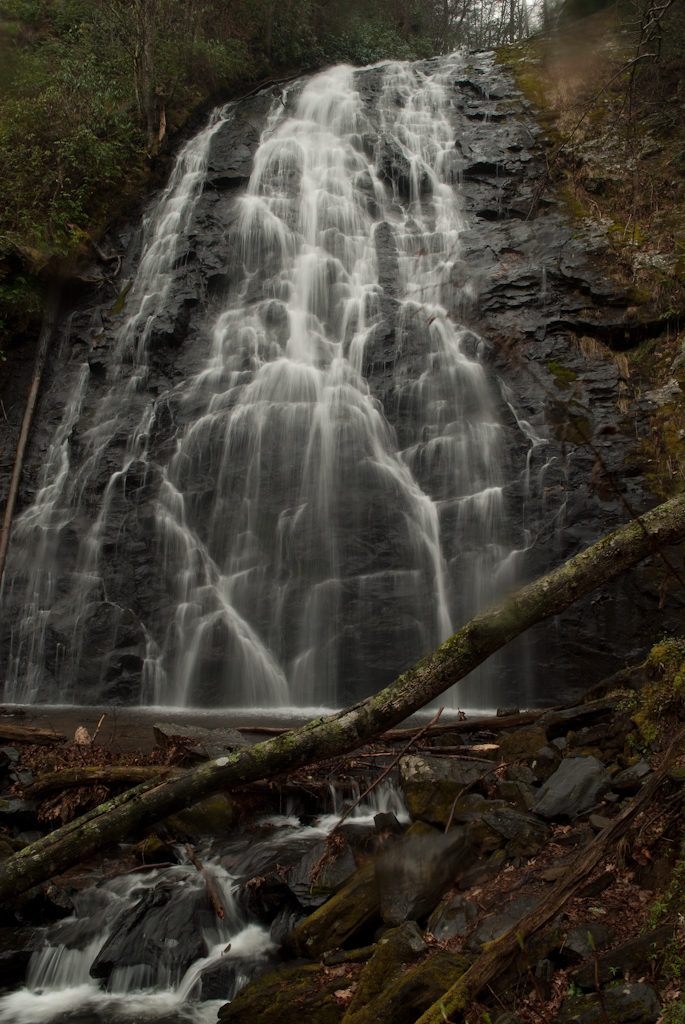 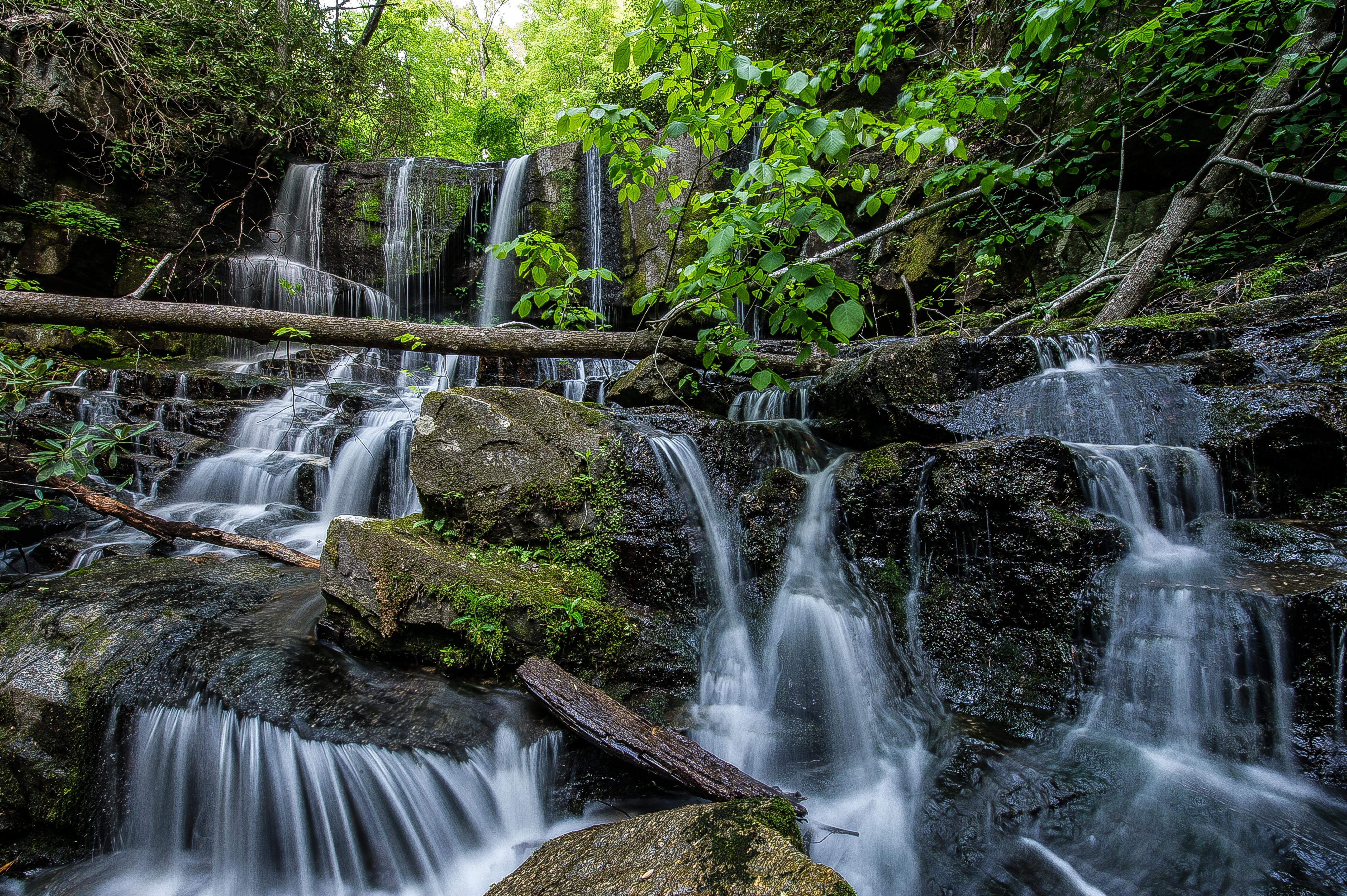